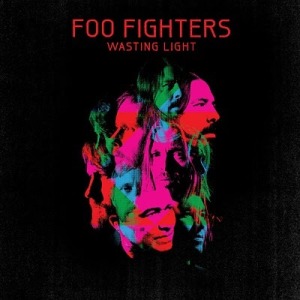 Aggressive.
That’s perhaps the first adjective that comes to the mind of anyone who listens to Foo Fighters seventh studio album, and I’m not saying that only for the first killer single Rope.
The band’s leader Dave Grohl made it clear during the recording sessions of the CD, mostly taken in his own garage. “This must be the heaviest thing ever put on a tape!”. Nirvana’s former drummer was probably too confident in saying the “heaviest ever recorded” but the album is certainly the heaviest ever done by his Fighters.
Even if throughout the years we have got used to their catchy nostalgic tunes like Walking After You or Next Year, it’s evident in this new work that ballads are lacking in favour of more head-banging tracks such as Bridge Burning and Miss The Misery. This time the 22 vibrating strings of the Seattle band are giving Grohl the opportunity to sing his first entire song in “growl”, a vocal technique widely used in the past by him but only for a few verses in each song.
The song in question, White Limo, is now being used in the album trailer video, where Motorhead’s Lemmy appears driving a white limo carrying the Foo Fighters inside, symbolising a return to the past. In fact the CD features Nirvana’s former bassist Kris Novoselic (in I Should Have Known) and was recorded by the band’s Nevermind producer Butch Vig. To complete the back-to-the-past picture there’s guitarist Pat Smear rejoining the band after 13 years.
Even if that album hasn’t the depth and intimacy achieved with 2007’s Echoes, Silence, Patience And Grace, Wasting Light represents without a doubt a winning bet for a man who, after a 20 year career and many great achievements, is still hungry for some Rock ‘n’ Roll.